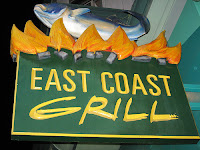 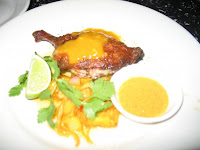 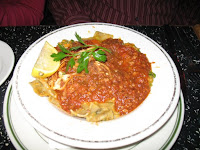 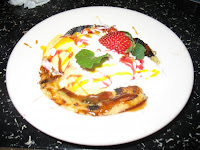 I’m really happy about celebrating Dave’s birthday at the East Coast Grill. All in all, the food was very tasty, and it was every bit as hot as promised. And thanks to the endorphins, we were able to celebrate on a high note. ECG has a great thing going for it: they don’t mess around with their peppers, and they don’t mess around with their food. It would seem that their motto is, "Keep it flavorful, and keep it fun." And I’d say they scored on both counts. East Coast Grill, I’ll see you in March!
No comments: